I Didn’t Have An Interest…… Till Yesterday

It all changed recently.  It’s just fun.  Maneuvering and learning to judge the distances so you do not run into something is time well spent.  Flying the drone. Also, making pictures and videos.  But the main thing that happens is the talk about how it could be better.  If only it had 4K.  What resolution is the still photo?  It is smaller than I thought.  It looks like a toy. Poof!! Mavic Air

WELL, today DJI introduced the Mavic Air.  Features include foldable props and 4K.  A special mode that does 120 fps. (If your new: That’s how you get slow motion by slowing down 120 fps) My friend Mike got this magic machine around Christmas and has been flying just occasionally but learning the controls.  My commercial photo business has put me in the right seat of a helicopter on occasion and I jokingly told Mike about the most common thing spoken by photographers in the helicopters.  “Can we get lower”.

It’s the case of always wanting to do just a little bit better.  You can relate.  The law keeps a helicopter at a minimum of 1000 feet over any populated area.  Pretty much anywhere I would do aerial photographs is heavily populated and many times tightly restricted because of airport controlled airspace.  I’d been keeping up with the drone craze over the last few years and how it would fit in as an extension to my aerial work in the past.

The drone can legally get to a maximum of 400 feet. An ideal altitude for most of the aerials of my career.  Go DJI. Normally my phone would ring when someone was trying to sell a property, or preparing some legal action for re-zoning or occasionally traffic studies.  My phone doesn’t ring as much for obvious reasons.  This drone flying could have some commercial money-making possibilities but primarily it’s FUN.  I had a blast.  Mike flew.  I flew.  I remember the first small drone I saw was named Parrot and I saw the potential.  Then DJI appeared and they were developing things, releasing new products and then listening to the users to correct or tweak and develop something better.

So DJI had the Phantom, then the Magic of the Mavic and finally the Spark.  Many companies would just sit back and rake in the dollars but not these folks.  They made it better, added some good features and the Mavic Air appeared.

If memory serves the Nikon D750 body weighs 750 grams.  This latest DJI Mavic Air weighs less than 450 grams.  That’s small!  Because it folds up, it is a smaller footprint than the Spark.  Check out the info.  I see it as something I’ll add to my gear collection and this Mavic Air is definitely a player in the field of aerial photography. 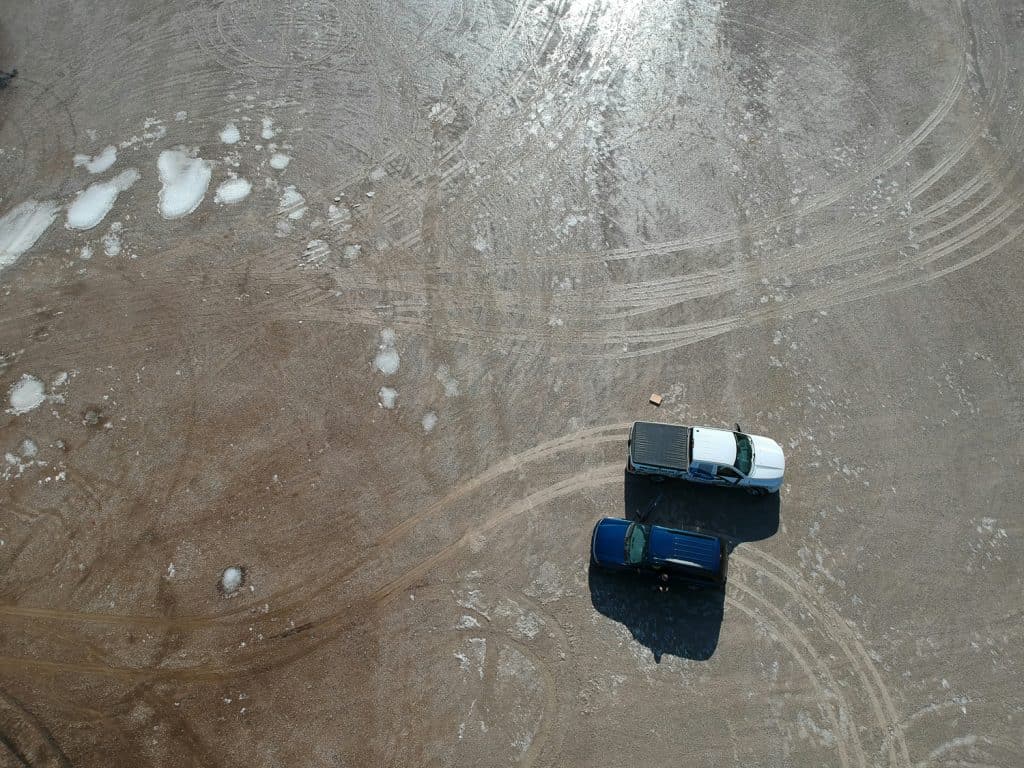 It’s in the can, in the pocket and safe in the pocket.  Got it. So what am I talking about?  It’s the safe shot.  There is a need in picture-making to get an acceptable photo in a given photo situation.  It needs to be safe and secure because anything can happen that alters your picture…

Shooting for some of my composite work and facing into a late afternoon sun, I turned to find this scene.  The cloud coverage must have been the source of the blue look that helped to separate the yellow flowers.  Yellow and blue are opposites so I knew that I could lighten the flowers on my… 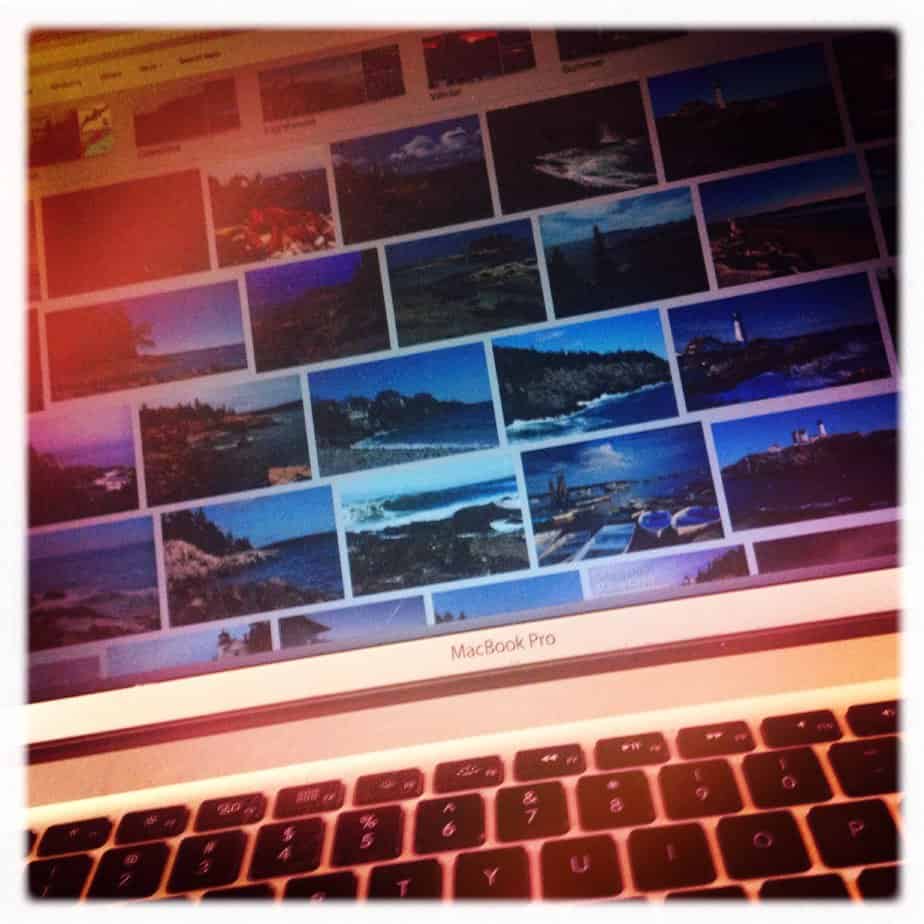 If you’re like me and mine the photo travel is always combined with seeing the sights and tasting the local cuisine.  It’s always important to do the homework so you’ll have some ideas to make good use of your time.  Time, by the way, can be a result of the family wanting to do something… 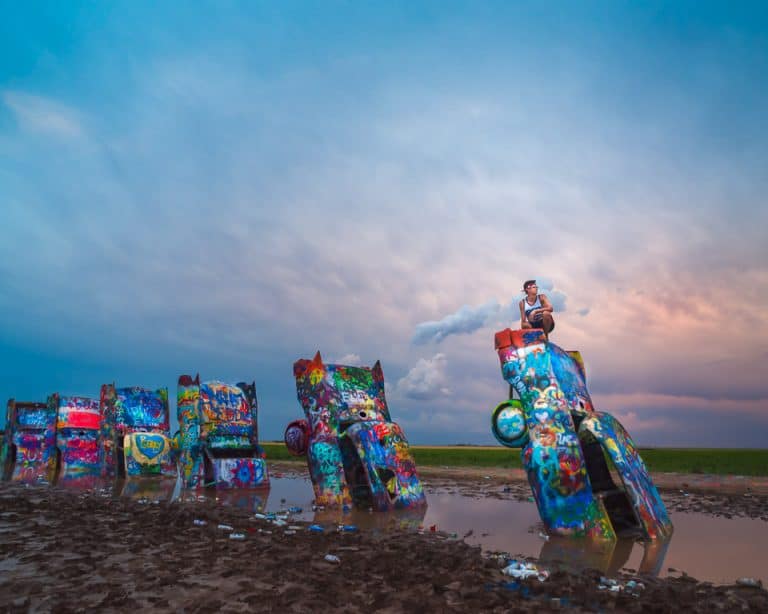 Converging lines are helpful to seek attractive compositions. Helped by my new friends the Sparks family, and my subject here Garrett Sparks while visiting this amazing permanent exhibit. Garrett is lit by the after sunset bright sky and the glow of light softened by the cloud coverage. Went to shoot at the Cadillac Ranch and…

Let’s go scouting. I had watched Dave Black use the “Painting With Light” technique and really wanted to try it at this Mormon Settlement. With my son, my wife and sister in tow I found this beautiful property. Mormons had settled here mostly between 1890 and the 1930’s and some of the mormon row properties are…